The peregrine falcon (Falco peregrinus) is a magnificent raptor that soars through the air and dives at amazing speeds. With a wingspan of about 40 inches, the peregrine falcon reaches flying speeds of 40–55 mph, and dives at more than 200 mph when striking avian prey in mid-air. Populations began to decline in the late 1940s as a result of pesticide contamination, primarily due to the use of DDT. The chemical pesticide accumulated in the tissues of birds of prey and caused thinning of eggshells so that the eggs often broke during incubation. After several decades of population decline, the peregrine falcon was placed on the endangered species list in the 1970s. The banning of DDT in 1972 and the reintroduction of captive-reared chicks to former breeding sites enabled peregrine populations to recover sufficiently for the American peregrine falcon to be delisted in 1999.

The prairie falcon (Falco mexicanus) often shares its nesting cliff with common ravens (Corvus corax), golden eagles (Aquila chrysaetos), and red-tailed hawks (Buteo jamaicensis). At Pinnacles National Park, they also often share these areas with hikers and climbers. Despite this overlap, prairie falcons make up the majority of cliff-dwelling raptor species in Pinnacles and the density of nesting prairie falcons in the park is among the highest known anywhere. 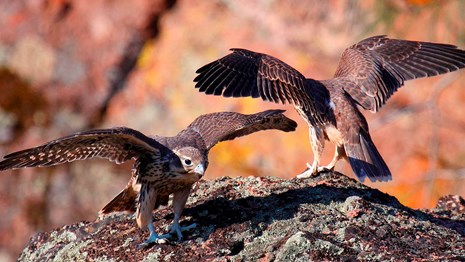 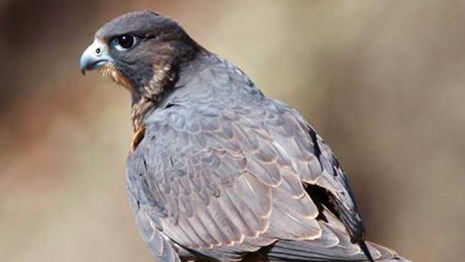 Take a closer look at prairie and peregrine falcons in the San Francisco Bay Area. 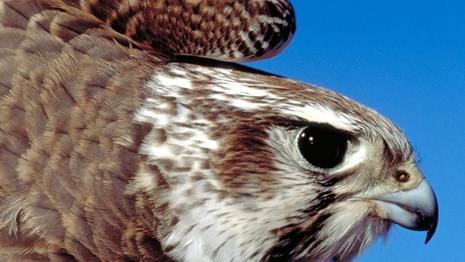 Get the latest on prairie and peregrine falcons from the Bay Area Nature & Science Blog. 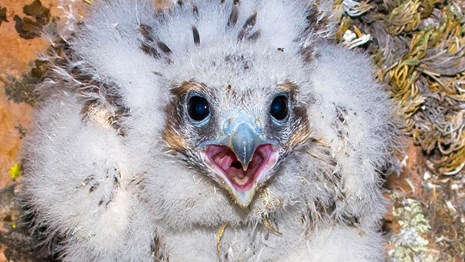 The prairie falcon’s success is due in large part to the San Francisco Bay Area Network Inventory and Monitoring Program’s Prairie and Peregrine Falcon Monitoring Program. The program's goal is to mitigate the harmful effects of human disturbance on falcons and their sensitive nesting habitat. Collecting monitoring data allows managers to selectively place voluntary closures only when necessary to protect cliff-nesting raptors, leaving as many areas as possible open for public enjoyment.

The National Park Service began monitoring prairie falcons in cliff-nesting areas near rock climbing routes in 1987. By 2003, monitoring had expanded to all suitable cliff-nesting sites in the park. 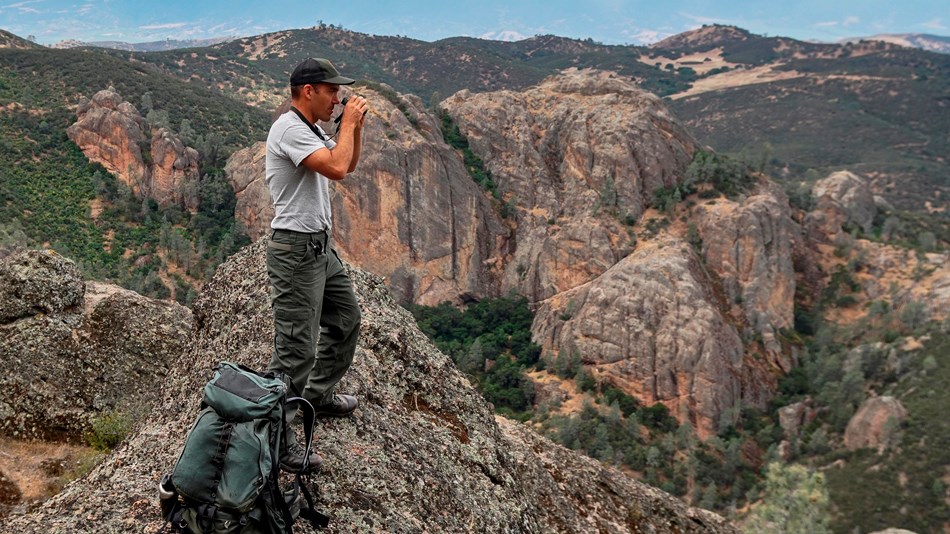