A pillar of colonial life, caught in the middle of a Revolution

Since 1665, Saint Paul's Church played a vital role in the colonial life of Eastchester, 20 miles north of New York City. Townspeople voted at the nearby Village Green; local militia drilled outside its doors. But the American Revolution changed everything. American, British and Hessian troops tore down the old wooden meetinghouse for firewood and used the unfinished stone chapel as a hospital. Read More 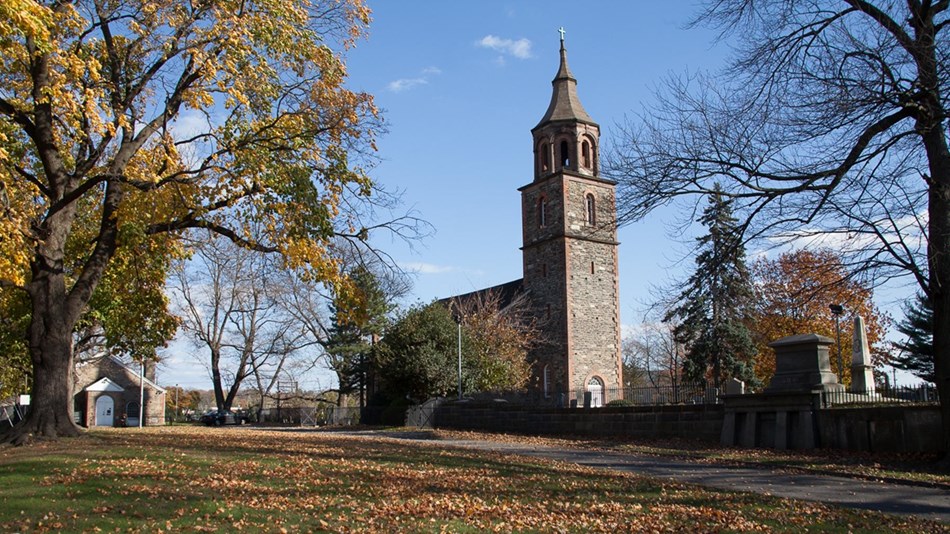 An important message from the National Park Service regarding peaceful assembly and participation. 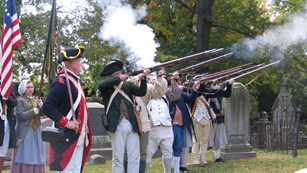 See what special programs the park has to offer, from Revolutionary War encampments to scholarly lectures to holiday music concerts. 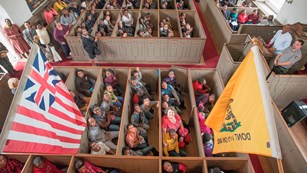 Two Mount Vernon schools were renamed after Rebecca and Benjamin Turner, former worshipers at the church. Rebecca was born enslaved. 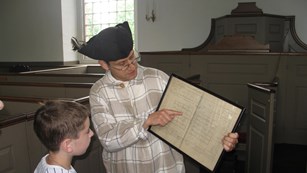 A place of peace, then of bloodshed History of Saint Paul's Church
Picture yourself in colonial dress Photo Gallery
Education programs and materials
Plan Your Visit