If an arch falls in the park and no one is there to witness it, does it make a sound?

If you're talking about Wall Arch on August 4, 2008, just ask the people who were sleeping at Devils Garden Campground that night. More than one group reported hearing the sound of thunder but saw clear skies overhead. When thousands of tons of sandstone come crashing to the ground, you can bet it causes quite a rumble. 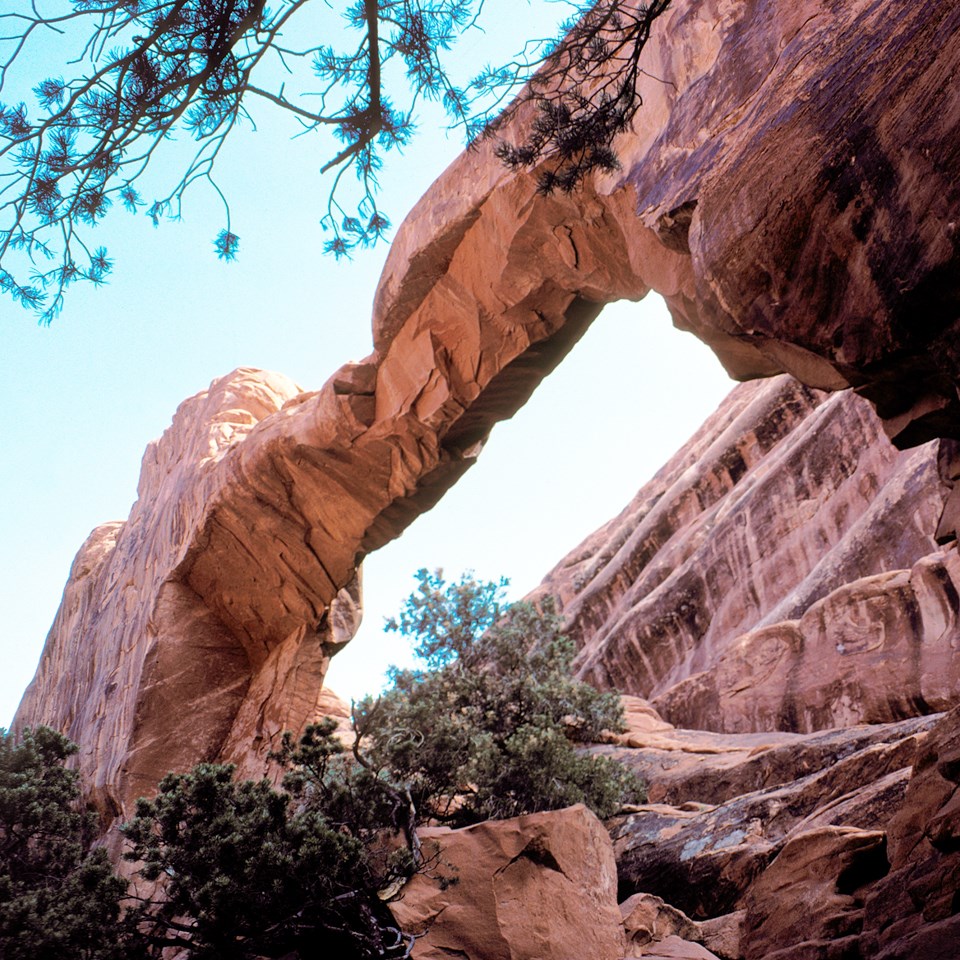 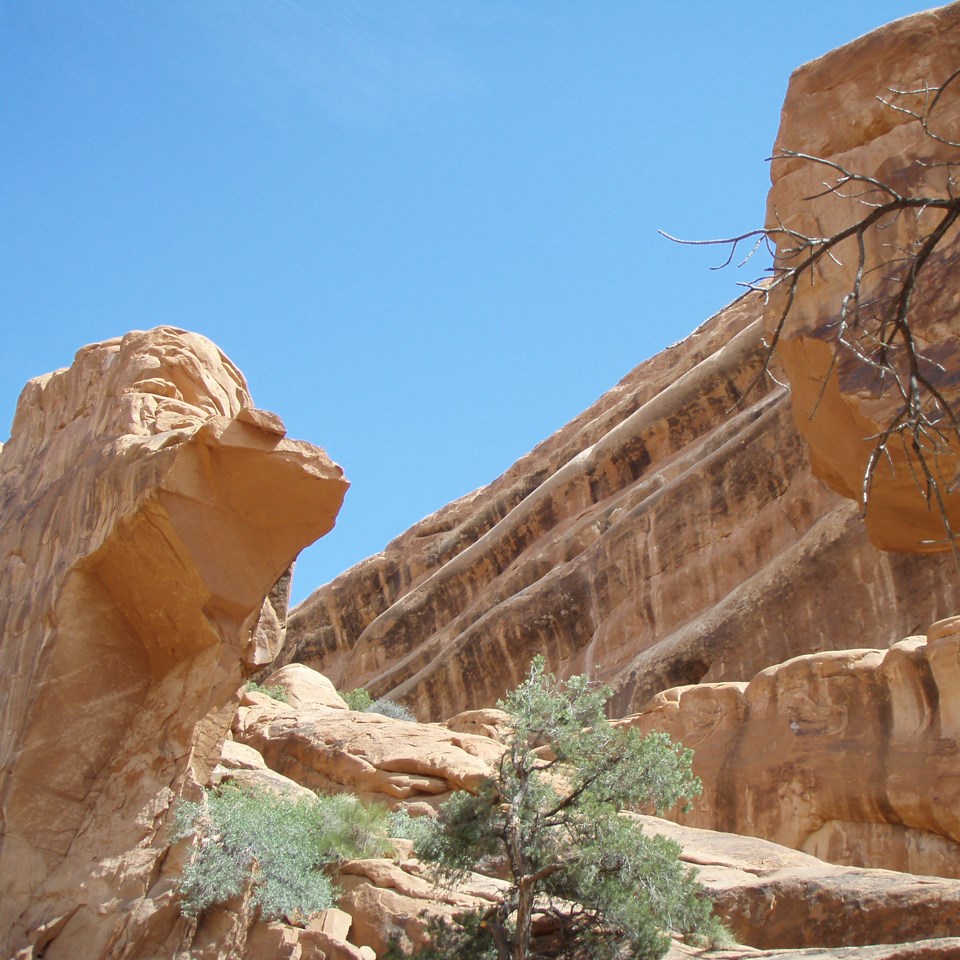 
Everyone was pretty shocked. After all, Wall Arch had spanned a 71-foot gap in the rock since time immemorial. It was already curving gracefully when the Egyptian pyramids were still under construction. It stood defiantly while the mighty Roman Empire was collapsing an ocean away. It was still holding strong when the Declaration of Independence was being signed in 1776. And, most notably, it was still there on August 4 when everybody went to bed.

So when the remains of the ancient arch were found resting peacefully on the Devils Garden hiking trail the next morning, it came as no surprise that the main question surrounding the collapse was “Why?”

One answer is fairly straightforward. Erosion and gravity reign supreme over sandstone. For countless eons, rain, ice, and groundwater slowly but relentlessly ate away at the natural calcium “cement” holding the arch’s sand grains together. Eventually there wasn’t enough of this cement left to withstand the pull of gravity, and so the whole structure finally came crashing down. It’s a bit like sucking on a mint or a candy cane: it slowly dissolves in your mouth but will usually break up into pieces before it’s completely gone. In the case of Wall Arch, that breaking point was August 4. Perhaps that was the night that nature wedged off one piece of rock or sand grain too many.

Whatever the immediate cause, though, there is also a more hidden dimension to the incident worth considering. Beyond the sadness or sense of loss that the collapse might evoke, there is a realization that something will eventually fill the void where Wall once stood. Simply put, another answer to the question “Why?” is, “So nature can make room for something else.”

Consider this: Arches National Park contains a lot of rocks. The area is a virtual layer cake of rock miles thick, a celebration of sandstones, mudstones, shales, salts, and limestones all stacked one upon another. Each layer represents a different environment that existed here in the past. A band of limestone might indicate the presence of an inland sea complete with colorful reefs. A section of sandstone tells the story of wind-blown dunes from a time that was even drier than it is today. A layer of shale contains the relics of a swampy river floodplain ruled by dinosaurs and giant trees. Taken together, these layers reveal a picture of a planet Earth that is forever changing on a time scale beyond human comprehension. As awesome as these previous worlds may have been, nature is the ultimate Etch-A-Sketch, periodically wiping away its old artistry in favor of new masterpieces just as astounding.

Looking around at the park’s current array of arches, fins, and spires, it can be easy to forget that this spectacular scenery is not an end. It is a step on the way to future worlds beyond our wildest imaginings. Will this region someday return to sea level and again be covered by water? Will volcanic activity ever renew the area with fire and lava? Or will there be new sets of mountains, forests, waterfalls, canyons, and deserts? What kinds of bizarre creatures and ecosystems might arise? It is difficult for our minds to fully imagine the wonders that may come to pass.

Wall Arch reminds us that, for any future wonders to become reality, the park as we know it today has to crumble away first. Though shrouded in memory and mystery, the arch and its fate are an invitation to reflect upon the eternal cycle of birth and death that characterizes not only our planet, but our entire universe.