On This Page Navigation 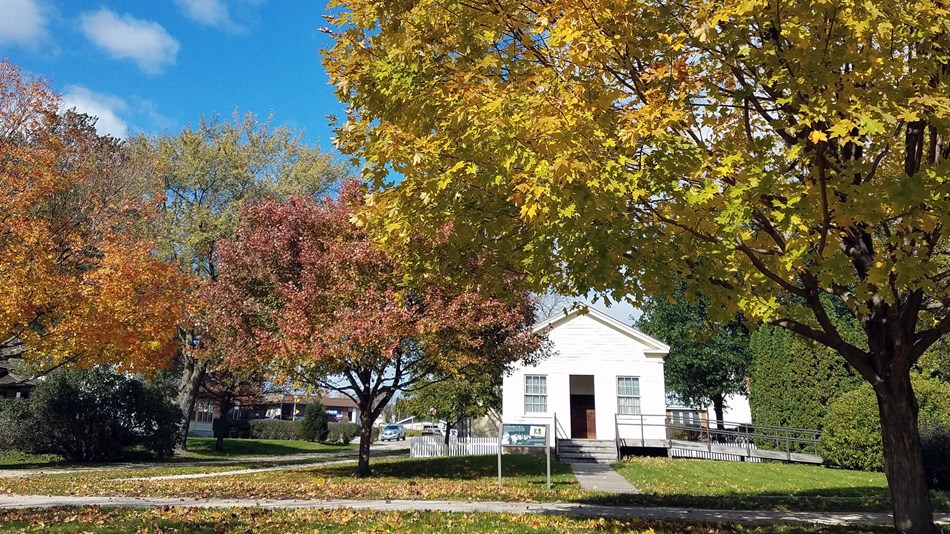 A landscape of historic buildings, exhibits, and natural areas commemorate the life of Herbert Hoover.

The park's historic structures, like the Birthplace Cottage, the Blacksmith Shop, the Schoolhouse, and the Friends Meetinghouse, symbolize American ideals as Herbert Hoover saw them and lived them. As additions to the historic landscape of Herbert's early years, the Gravesite, the Statue of Isis, and the Presidential Library and Museum connect his childhood to his later accomplishments.

A Place of National Significance

On August 12, 1965, an act of Congress established this park as a national historic site. Since then, the National Park Service has preserved and interpreted the historic structures and landscape of this 187-acre park. In the late 1930's, President Hoover and his wife, Lou Henry Hoover, chose this place to celebrate the values they believed helped shape his life.

Herbert Hoover National Historic Site includes many features of Hoover's boyhood environment that have endured over time and give the park its unique identity as a Presidential birthplace, boyhood home, and memorial. Although much has changed here since Herbert Hoover's birth in 1874, the National Park Service, citizens of West Branch, and the Hoover family have worked to preserve key elements of the past that illuminate the life and times of America's 31st president.

Inspiring a Life of Service

Herbert Hoover's accomplished and public-spirited life drew inspiration from his birthplace. During your visit immerse yourself in the landscape Hoover and the activities he experienced as a child. His father's craft as a blacksmith, Hoover's religious upbringing, his love of fishing, the education he received-influences Herbert Hoover carried into his adult life and that contributed to his character. You'll also read and hear eloquent accounts of the adversity that touched a Quaker family and shaped the path of a young boy from West Branch who went on to serve his country as President. We hope you will find Herbert Hoover National Historic Site to be an inspiring, accessible educational, and recreational experience for years to come.